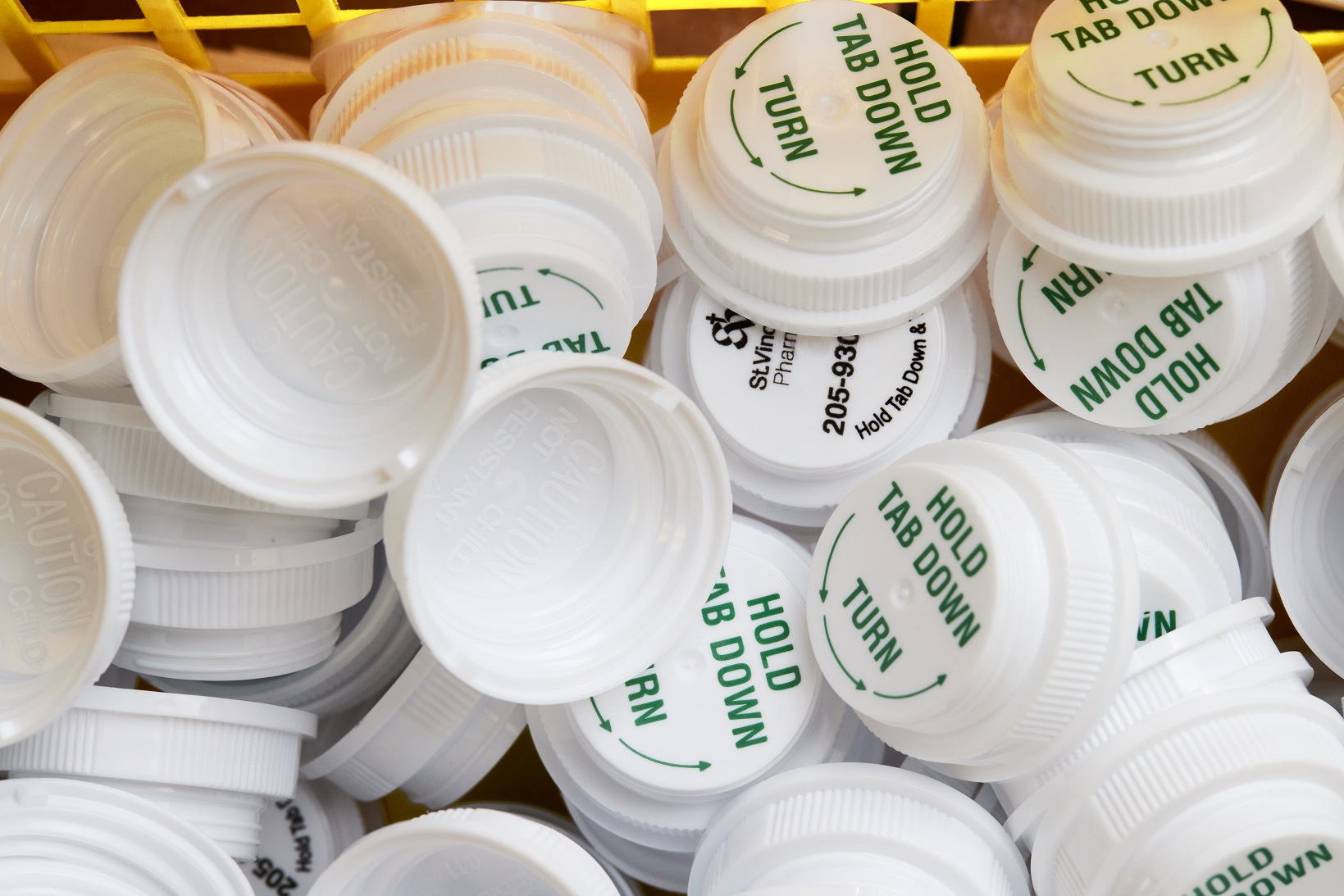 (NOTE: Over the years, we’ve served dozens of non-profit hospitals. We’ve seen the profound impact the 340B program has had in supporting their missions of serving the most vulnerable members of their communities. That said, we apologize, in advance, for the stridency of our tone on this page — but not for our sense of outrage.)

According to its website, “340B ESP allows 340B covered entities and pharmaceutical manufacturers to work collaboratively to resolve duplicate discounts.” In truth, the quote-unquote “service” is nothing less than a brazen, unlawful ploy by the drug manufacturers to evade the discounts they are legally obligated to offer eligible entities — by placing extraordinary, and unnecessary, reporting burdens on hospitals submitting claims for 340B savings.

That said, if you’re already aware of 340B ESP and the burdens it places on eligible entities, Click Here to jump straight to our section detailing how ProxsysRx minimizes those burdens, while maximizing savings and ensuring compliance, for the healthcare systems we serve.

What is the 340B Drug Pricing Program?

The 340B drug pricing program was created by Congress in 1992 to provide discounts on prescription drugs to eligible health care providers (all non-profits), as a means of filling revenue gaps that are inherent to their business models. To learn more about the 340B program, Click Here.

Over the years, certain lobbying interests have published articles claiming the 340B program is one of the primary reasons drug costs in America are so high. However, as reported in a March, 2021 Fact Sheet published by the American Hospital Association, according to HRSA estimates, the value of the 340B program amounts to just 5% of the total U.S. drug market. Moreover, even with the “lost revenues” associated with the program, the drug manufacturing industry’s S&P 500 companies generate, on average, nearly double (179%) the profits of non-pharmaceutical companies (13.8% margins vs. 7.7% margins).

First, and this cannot be stressed highly enough, the 340B ESP platform is not a government entity. It is an online portal operated by Second Sight Solutions — a privately owned corporation (created and run by a man with a long history of drug-industry advocacy— see bottom of post), with no legal right to impose its restrictions on covered entities.

In June 2020, Merck became the first manufacturer to engage 340B ESP’s services, when it issued a letter “requesting” that 340B Covered Entities begin submitting a broad range of 340B contract pharmacy claims data, as part of what it called an “integrity initiative.”

While Merck described its letter as a request, the company threatened recipients who declined to cooperate that it “may take further action to address 340B program integrity, which may include seeking 340B program claims information in a manner that will be substantially more burdensome for covered entities.”

Not surprisingly, several other manufacturers soon followed, in lockstep, Merck’s lead in placing unlawful restrictions on 340B prescription discounts — including Sanofi, Astra Zeneca, Novartis and Eli Lilly. At present, eighteen manufacturers are evading their legal obligations to 340B covered entities — and the contract pharmacies working with them.

Not surprisingly, the industry actions described above began almost immediately after the Health Resources and Services Administration (HRSA) admitted publicly that, for all practical purposes, HRSA has no real power to enforce 340B program guidelines — an admission it made shortly after the U.S. House Appropriations Committee turned down HRSA’s request for broad regulatory authority over the 340B program.

In short, the drug manufacturers know they can get away with violating the 340B program’s legal guidelines, and so they do. And let’s remember: The 340B program was established, in large part, to support non-profit, community and charitable hospitals and clinics — most of which operate in the red, many with annual deficits in the tens of millions.

The reporting burdens 340B ESP place on covered entities

Under the requirements set down by Drug Manufacturers, covered entities must report, twice monthly, their covered prescriptions from every TPA with whom they work through the 340B ESP platform. Because every TPA uses a different technology interface, this further complicates matters for already overworked covered entity employees.

Extracting covered prescription data from some TPAs is literally impossible, due to the lack of available 340B pricing in the 340B wholesaler account. Moreover, the idea that covered entities and their contract pharmacies will regain access to their 340B discounts is an illusion — as some manufacturers have placed 45-day time-frame restrictions from the dispensing of the prescription to replenishment, knowing the covered entities will not be able to meet this requirement.

In short, the unlawful restrictions imposed by Manufacturers through 340B ESP are a thinly-veiled pretense — making the job of submitting contract pharmacy claims data for 340B drug discounts exponentially more difficult for covered entities than the system prescribed by Congress. Bear in mind: The harder the process is, the more the manufacturers make in profits.

Making matters worse, as we reported in a blog post on the topic, TPAs working under the normal, legally-prescribed reporting requirements (outside 340B ESP) routinely misqualify 340B-eligible prescriptions. Moreover, two-plus years (and counting) after the introduction of 340B ESP, most TPAs serving 340B entities lack the reporting capabilities to adequately deal with the website’s requirements. Adding insult to injury, TPAs are charging covered entities for their additional time to deal with the site’s myriad complications and problems — which includes submission uploads routinely failing.

It gets even worse. The website claims prescription discounts will be issued to entities within 10 days of claims being made. Numerous reports indicate that, after periods as long as 2 to 3 months, only 50% of the manufacturers had restored 340B discounts. What’s more, entities are now forced to track their submissions, to determine whether or not they’ve been restored. For most covered entities, this involves tracking literally thousands of submissions, with thousands of different price points.

Sadly, 340B covered entities, starved for the savings to which they are legally entitled — with no effective protection from the government which established the program — have been forced into taking whatever they can get from drug manufacturers.

How effective has 340B ESP been in enabling drug manufacturers to avoid their legal obligations? In the first year of its relationship with 340B ESP, Merck alone saved $2 billion. Money which would, in most cases, have been used by eligible hospitals to better serve patient populations who are uninsured and/or financially incapable of paying for their own healthcare needs.

The real reason behind 340B ESP?

At ProxsysRx, we believe that the primary driver behind the creation of the 340B ESP system is the extensive range of commercial rebates that the manufacturers themselves have voluntarily extended to PBMs — rebates which, in total, far exceed the combined discounts of the 340B program. In short, it’s a situation of their own making, and they’re placing the burden for their mistakes on 340B covered entities.

How we help eligible entities deal with 340B ESP

If you choose to report claims data to 340B ESP, we’ll report on your behalf. Then we’ll track 340B price reinstatement — by manufacturer, and by contract pharmacy — whether you work with a single contract pharmacy or several. We’ll also verify 340B price availability for each manufacturer, in each wholesaler account, for each of your contract pharmacies. Once verified pricing has been restored along the entire chain, we’ll work with your TPAs to ”turn-on” replenishment — and ensure they replenish appropriately.

NOTE:
Every single contract pharmacy with whom covered entities have relationships has a separate 340B wholesaler account. Wholesalers have either loaded Wholesale Acquisition Cost (WAC) prices for the restricted National Drug Codes (NDCs), or they’ve removed the NDCs from their 340B account catalog in response to manufacturer restrictions. There are many points along the way where price restoration has to be verified, and subsequent actions must be taken — which, of course, we’ll also take on your behalf.

Reporting to 340B ESP

There are many places where communication-failure can and does occur. We’ll communicate with manufacturers, 340B ESP and wholesalers on your behalf. We’ll then fight for reinstatement of the prices to which you’re entitled under the 340B statute.

Further complicating the process, many manufacturers have implemented a 45-day “lookback window” — without specifying what that window actually is: 45 days from prescription-dispensing at your contract pharmacy, or 45 days from reporting? No one really knows, because manufacturers’ rules are utterly inconsistent.

One of the health systems ProxsysRx serves employs three experienced and well-trained full-time professionals — who monitor their system’s 340B claims on a full-time basis. And yet, during the first six weeks ProxsysRx supported their efforts, we provided matching justification for, and generated $187,000 worth of, 340B savings that they’d overlooked.

*As managing director of Berkeley Research Group, 340B ESP CEO and founder Aaron Vandervelde has written or co-written articles about the 340B program on behalf of Pharmaceutical Research And Manufacturers Of America (PhRMA). He has also produced work for AIR 340B (a drug company-led advocacy group) and other organizations — which cite his research in various misleading and inflammatory arguments that 1) Hospitals benefit from the 340B program, but 2) Low-income and uninsured patients do not, and that 3) The program raises the cost of cancer care.