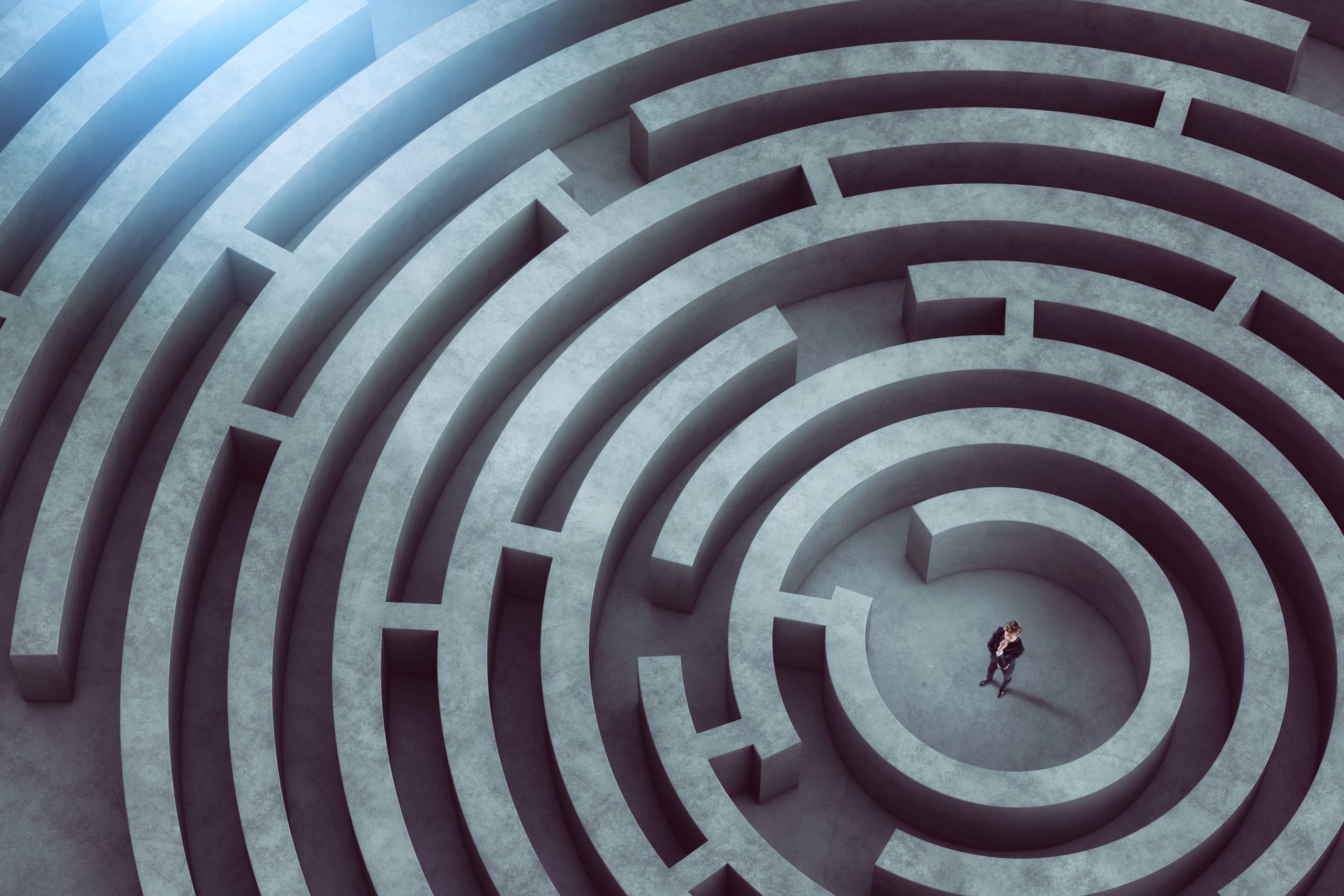 What does it mean for covered entities already desperate for diminishing 340B savings and revenue?

As we noted in a previous post, 340B ESP is nothing less than a brazen and (in our opinion) unlawful ploy by the drug manufacturers to evade the discounts they are legally obligated to offer eligible entities — by placing extraordinary, and unnecessary, reporting burdens on hospitals submitting claims for 340B savings and 340B pricing.

While we summarized those reporting burdens in the previous post, this article details the unlawful and unreasonable demands 340B ESP places on covered entities and every single contract pharmacy working with them (both of whom been strong-armed into using its website) through a review of its Terms Of Use. In unedited form, that legal document runs 5798 words in length, more than 16 pages in 11-point Times New Roman with 1.5 line-spacing. Based on the average adult’s speed in reading technical documents (62.5 words per minute), that means 340B ESP’s terms of use alone will take the average reader nearly 93 minutes to complete.

Moreover, that estimate constitutes a fraction of the time it would take most health systems’ 340B-reporting employees to read and fully comprehend the terms (assuming full comprehension is even possible for anyone without a law degree, and significant experience in drafting and interpreting legal documents).

For the sake of argument, let’s assume it would take the average 340B claims data-reporting employee (or a single contract pharmacy employee) an entire day to read and comprehend 340B ESP’s Terms Of Use — and that’s discounting any time (and expense) involved in consulting with the health system’s legal counsel for explanations and interpretations.

We cannot stress this highly enough — 340B ESP is not a government-established or approved entity. It is an online portal operated by a privately owned corporation (created and run by a man with a long history of drug-industry advocacy), with no legal right to impose its restrictions on covered entities. In short, not one “requirement” imposed on 340B-eligible entities, from this point forward, is legally binding.

Why are covered entities cooperating with 340B ESP?

340B ESP was introduced in a June 2020 letter from Merck, when it issued a “request” that 340B Covered Entities begin submitting a broad range of 340B contract pharmacy claims data, as part of what it called an “integrity initiative.” The letter warned recipients who declined to cooperate that it “may take further action to address 340B program integrity, which may include seeking 340B program claims information in a manner that will be substantially more burdensome for covered entities.” In plain English, that’s not a request, it’s a threat.

The Terms Of Use then notes, “340B ESP™ enables a 340B covered entity to submit certain de-identified 340B pharmacy claims data to Second Sight. Second Sight then enables analysis of this data for pharmaceutical manufacturers in order to identify duplicate Medicaid, Medicare, TriCare and commercial payer rebates that are not eligible for reimbursement by Participating Pharmaceutical Manufacturers (defined below) (‘Ineligible Rebates).”

The advocacy group 340B Health (which represents 1400 hospitals and health systems), in a lengthy analysis of 340B ESP’s Terms Of Use notes that claims data and other information submitted through the 340B ESP platform could be used by the Berkeley Research Group (BRG), the entity behind Second Sight Solutions, for research and analytics. BRG has published a number of negative reports on 340B in the past that have been funded by [the trade association formerly known as the Pharmaceutical Manufacturers Association] — including:

In short, there is a very real possibility that BRG could be using 340B pricing claims data submitted to 340B ESP to undermine the very entities it purports to be “serving.”

The real reason behind 340B ESP?

In the Terms Of Use section entitled “Rights You Grant to Us,” 340B ESP asserts, “You agree that Second Sight may enable Covered Entity Claims Data to be combined with rebate data remitted to Participating Pharmaceutical Manufacturers by payers (including…commercial payers)… improving the process for identifying Ineligible Rebates.”

Why “Commercial Payers?” And what, in truth, are “Ineligible Rebates?”
As we mentioned in our previous post, we believe that the primary driver behind the creation of the 340B ESP system is the extensive range of commercial rebates that the manufacturers themselves have voluntarily extended to PBMs — rebates which, in total, far exceed the combined discounts of the 340B program. In short, it’s a situation of their own making, and they’re placing the burden for their mistakes on 340B covered entities.

In its Limitations Of Liability section, 340B ESP asserts, in all caps:
THE LIMITATIONS OF LIABILITY SHALL NOT APPLY TO SECOND SIGHT’S GROSS NEGLIGENCE OR WILLFUL MISCONDUCT. SECOND SIGHT’S AGGREGATE LIABILITY FOR DIRECT DAMAGES UNDER THIS AGREEMENT WILL NOT EXCEED ONE HUNDRED DOLLARS ($100).

Under a sub-section entitled “Monitoring,” the Terms of Use asserts:
“You acknowledge and grant us the right to…report any activity that we suspect may violate any law or regulation to regulators, law enforcement officials or other persons or entities that we deem appropriate.” Again, this is coming from an organization operating wholly outside the regulations set-forth by Congress and established by HRSA.

As the advocacy group 340B Health further notes in its lengthy analysis of 340B ESP, Under any analysis, Merck’s request for contract pharmacy data on commercial claims is outside the scope of the 340B statute, suggesting that Merck’s plan is not based solely on ensuring covered entity compliance with 340B rules.

Federal law does not protect manufacturers from providing 340B discounts on Medicare Part D claims, nor does it require covered entities to help prevent a manufacturer from paying both a 340B discount and a commercial rebate that manufacturers voluntarily provide to PBMs on the same drug.

Accordingly, Merck’s request that covered entities share contract pharmacy claims data to ensure it is not paying “duplicate discounts” on Medicare Part D and commercial claims is unrelated to compliance obligations 340B covered entities have under the 340B program.

The following passages come from the Terms Of Use’s final few sections.

###
The Covered Entity Platform is subject to modification (including addition, alteration, or deletion) by Second Sight in its sole discretion.

###
You understand that Second Sight may at any time and from time to time modify or discontinue access to the Covered Entity Platform (or any part), with or without notice, temporarily or permanently…

###
Upon termination…Second Sight shall have no obligation to return to you any data stored on Second Sight’s systems.

###
You expressly acknowledge and agree that the Participating Pharmaceutical Manufacturers are third party beneficiaries of these Terms and have the full rights to enforce these Terms as if any one of them was a signatory hereto.

###
You specifically authorize our use of subcontractors and our right to delegate any of the rights or obligations hereunder.

###
Second Sight may revise these Terms from time to time by posting such revised Terms on this website, or otherwise notifying you in advance of making effective such revisions to the Terms. Such revised Terms shall be effective to you upon the effective date provided in the posting or other notice, unless otherwise explicitly stated by Second Sight. It is your responsibility to be aware of any such revised terms by checking and reading these Terms from time to time and your notices.

Despite the well-founded outrage over 340B ESP, not to mention manufacturer restrictions on legitimate 340B pricing, ProxsysRx continues to generate significant savings and revenues for the health systems we serve. Savings and revenue which, for many of those health systems, literally means the difference between solvency and closure.

One of the health systems ProxsysRx serves employs three experienced and well-trained full-time professionals — who monitor their systems’ contract pharmacies’ 340B claims, and 340B claims data, on a full-time basis. And yet, during the first six weeks ProxsysRx supported their efforts, we provided matching justification for, and generated $187,000 worth of, 340B savings that they’d overlooked.