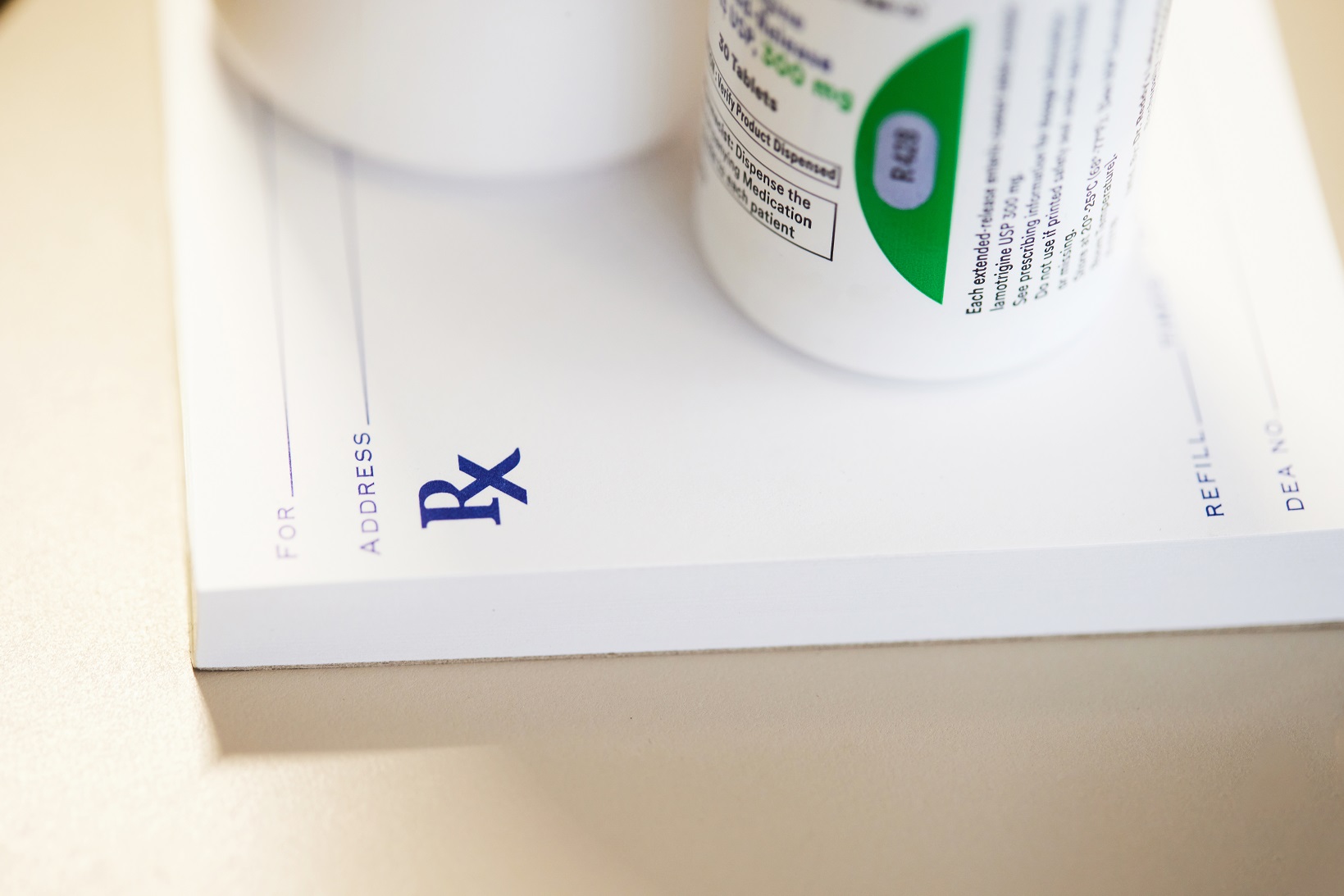 What Is The 340B Drug Pricing Program?

The 340B drug pricing program was created by Congress in 1992 to help fill revenue gaps experienced by healthcare providers operating on very low, or negative, margins — by providing significant discounts on prescription drugs.

340B-eligibility can mean potentially millions of dollars in retail and specialty prescription reimbursements annually. Savings and revenue which, for some hospitals, literally make the difference between solvency and closure. Below is an overview of the program’s requirements.

How does the 340B program work?

First, a hospital or health system has to qualify as 340B-Eligible Covered Entity (See section below).

When a patient receives an eligible prescription with from an eligible entity location, the entity is reimbursed for the full market price of the drugs, but pays only a fraction of the drugs’ costs — by purchasing the medication on the 340B catalog. The difference between common wholesale drug prices and 340B drug prices constitute what is considered 340B savings under the drug pricing program.

340B covered entities individually determine how they’ll invest their 340B savings. Many 340B-eligible entities use the savings to fill-in the revenue gaps, and reduce the annual deficits, inherent to their non-profit status. At the same time, many entities use the savings from their 340B programs to support their missions of supporting the communities they serve — by providing a variety of benefits to low-income patients. Benefits including low-cost (or no-cost) medications,

What is a 340B Covered Entity?

The definition of “covered entities” includes six categories of hospitals:

Fast facts: Facilities included in the 340B program

Understanding the 340B program requirements for eligibility

2) Disproportionate Share Hospitals.
Disproportionate Share Hospitals must have an adjustment percentage higher than 11.75% for the most recent cost reporting period ending before the calendar quarter involved. That number is the percentage by which a hospital’s allowable operating costs of inpatient hospital services exceeds the hospital’s target amount. That said, Sole Community Hospitals and Rural Referral Centers must have an adjustment percentage of greater than 8 percent.

Free-standing children’s hospitals and free-standing cancer hospitals must have a payer mix that gives them a DSH percentage of greater than 11.75 percent. Critical Access Hospitals do not have a DSH adjustment percentage requirement.

It’s important to note that a hospital’s DSH adjustment depends on the number of inpatient days of its Medicaid and Supplemental Security Income (SSI) patients.

3) DSH hospitals, children’s hospitals and free-standing cancer hospitals meeting the first two criteria.
Hospitals in this category are eligible to participate in the 340B program if they do not obtain covered outpatient drugs through Group Purchasing Organizations (GPOs), or through other group purchasing arrangements. At the same time, hospitals participating in 340B programs as CAHs, RRCs and SCHs are not subject to the GPO prohibition.

What other clinics and health services are 340B eligible?

Am I ready to enroll in the 340B drug discount program?

Facilities that meet the criteria of a “covered entity” can apply to participate in 340B by completing the online registration process during the first two weeks of any calendar quarter (January 1-15, April 1-15, July 1-15, October 1-15).

To register, eligible entities must have 340B Office of Pharmacy Affairs (340B OPAIS) user accounts. Step One in the process starts by visiting the 340B OPAIS Registration page, and selecting the appropriate link toward the bottom of the page — either Grantee Registration or Hospital Registration.

The system should lead you through the registration process from there. One thing you should be aware of, before you start the process, is that you must complete your registration in a single session. That means you’ll need to have your latest filed Medicare cost report available for reference while you’re completing the process.

What’s more, you’ll need to enroll your main location first, then you can add any Child Sites. We’ll discuss child sites later in this article.

Understanding the 340B program requirements for eligible drugs

How do I know which drugs are eligible for 340B discounted pricing?

The discounted prices are typically available through a covered entity’s wholesaler unless the manufacturer requires that its drugs be purchased through some other channel, such as a specialty distributor. At the same time, ProxsysRx maintains proprietary software tracking every prescription drug eligible for 340B reimbursement.

There are a few exceptions, which include vaccines and Orphan Drugs (which are either medications developed specifically to treat rare diseases or conditions, and/or drugs that have only recently been granted “New Drug Status” by the FDA).

About 340B Orphan Drugs

For the following 340B entities, covered outpatient drugs do not include any drugs designated by the Federal Food, Drug, and Cosmetic Act for rare diseases and conditions:

The orphan drug exclusion does not apply to 340B-eligible entities which are:

* For more information on orphan drugs, and the Children’s Hospital exception, visit our blog post on the topic.

HRSA (the Health Resources and Services Administration) understands that an orphan drug’s sponsor may not be an orphan drug’s current manufacturer. That’s why HRSA encourages 340B stakeholders to work together to resolve disputes that occasionally result from the use of its list. HRSA posts an updated list of orphan drugs quarterly, to help covered maintain the information they need to comply with orphan drug exclusions.

To determine which drugs have been designated Orphan Drugs, visit the FDA Search Database.

Which patients are covered under 340B programs?

Under the guidelines, an individual is not considered a patient of the covered entity if the only health care service received by the individual from the entity is the dispensing of a drug for subsequent self-administration or administration in the home setting.

What Are The Ongoing Requirements of the 340B Program?

Can my TPA apply for 340B discounts on my behalf?

Yes. However, the work performed by TPAs has emerged as a distinct risk to Covered Entities — due to disparate methodologies and capabilities across the industry. The problem is compounded for Covered Entities employing multiple TPAs to gain access to pharmacies utilized by their patient population.

NOTE: ProxsysRx is not a TPA. However, we hold accountable all TPAs serving our clients — ensuring they maintain the same standards for 340B compliance that we do. To learn more about how ProxsysRx optimizes 340B savings and revenue, visit this page of our website.

How do 340B programs interact with the MDRP?

The Medicaid rebate program interacts with other programs that receive manufacturer discounts on drugs. As a condition of participation in the Medicaid Drug Rebate program, manufacturers must also participate in the federal 340B program. The 340B program offers discounted drugs to certain safety net providers that serve vulnerable or underserved populations, including Medicaid beneficiaries.

340B ceiling prices are calculated to match Medicaid prices net of the rebate, but manufacturers can provide additional discounts to 340B providers that are not subject to the best price rule. Because the 340B program is administered separately, states and safety net providers must ensure that manufacturers do not pay duplicative discounts for Medicaid beneficiaries.

Safety net providers eligible for 340B discounts can choose whether or not they provide drugs purchased with the program discounts to Medicaid beneficiaries within state guidelines. This may not include drugs paid for by managed care plans or those dispensed at contract pharmacies, but MCOs also are required to exclude 340B claims from reports they provide to states for rebate purposes.

Does HRSA Allow 340B Child Sites?

Yes. OPA requires that a covered entity register, as child sites, all offsite clinics, departments and services where 340B drugs are purchased or used, whether or not they are in the same building.

“Offsite” generally means a location has a separate physical address than the hospital parent site, and is not located within the main hospital. A hospital does not need to register outpatient clinics, departments or services located within the entity’s main hospital — but may do so if they appear on a reimbursable line of a hospital’s most recently filed cost report.

Applicable hospitals should ensure that their policies and procedures address qualification of 340B drugs dispensed at Child Sites for services not yet included in the most recently filed Medicare cost report, based on whether those locations meet Medicare provider-based requirements, whether the 340B covered entity maintains the responsibility and records of the patient’s care, and whether the health care professionals prescribing 340B drugs have relationship with the 340B covered entity.

340B Best Practices for Covered Entities With Contract Pharmacies

Covered entities should maintain written procedures describing their processes for identifying 340B-eligible patients and meeting other 340B Program requirements at the contract pharmacy, as well as how non-compliance will be resolved.

Signing a contractual agreement with a third party does not exempt a covered entity from 340B program requirements or from retaining responsibility for that compliance.

To learn more about HRSA’s contract pharmacy requirements, please visit this page on the HRSA website.

Additional 340B Best Practices You Need To Know

Below is an abbreviated checklist of tips for ensuring compliance. For the complete list, please refer to our blog post on the topic.

Take steps to prevent 340b double-dipping

Under the regulations governing 340B drug pricing, eligible providers may not apply for 340B discounts and Medicaid drug rebates for the same drugs — which is commonly called Double Dipping. It goes without saying that it is critically important that you have compliance mechanisms to prevent the practice.

Optimize (but don’t maximize) your 340B program

ProxsysRx maintains a policy of optimizing 340B savings that’s aggressive and conservative for the 340B-eligible health systems we serve. What that means is, we aggressively pursue 340B savings for every prescription that’s worth pursuing. However, the market-price of many prescriptions is simply too low to justify the investment of time-and-energy required to generate what amounts to nominal savings at best.

A fully-optimized program results in net savings on every 340B-eligible prescription claimed.

A well-managed bedside prescription delivery program is the first step in ensuring that your patients follow their medication protocols after they’ve left your care. It’s also a tangible sign of your system’s mission of caring for the individuals you serve

Health systems without effective Meds To Beds programs have generally determined that they simply can’t afford the costs to staff and administer them. In our experience, those costs are always more than offset by the additional revenue and savings a good program generates. For example example: In its first 12 months of operation at one Mississippi health system, ProxsysRx’s Meds To Beds program filled over 18,000 discharge prescriptions. During that time, the health system’s pharmacy revenues increased 125%, and its readmissions were reduced by 79%.

Contract with specialty pharmacies for 340B prescriptions. Or build your own.

As we’ve noted in another post, the average cost of specialty drugs is significantly higher than the average cost of retail prescriptions. Accordingly, the 340B savings potential of these drugs can be astronomical. In fact, some hospitals we’ve served generate as much as 600% in 340B specialty pharmacy revenue as they do in traditional retail / outpatient pharmacy 340B revenue.

Today, hospitals and other 340B covered entities can acquire many specialty drugs for as little as 1¢. Many other specialty drugs — including Epclusa, Harvoni, Imbruvica, Iressa, Gilenya, Revlimid and Stelara — offer 340B discounts of 70% to 100%.

In our experience, there are three key pharmacy-contract pitfalls you should avoid:

Be aware of TPA 340B data mismatches, which are common

One of the most common causes of TPA 340B data mismatches is inconsistency in Date Of Birth from one entry to the next. Moreover, the likelihood of flawed data submissions increases with the complexity of entities’ 340B programs. That can lead to substantial 340B savings opportunities being missed.

For even more 340B best practices, tips and guidance ­—