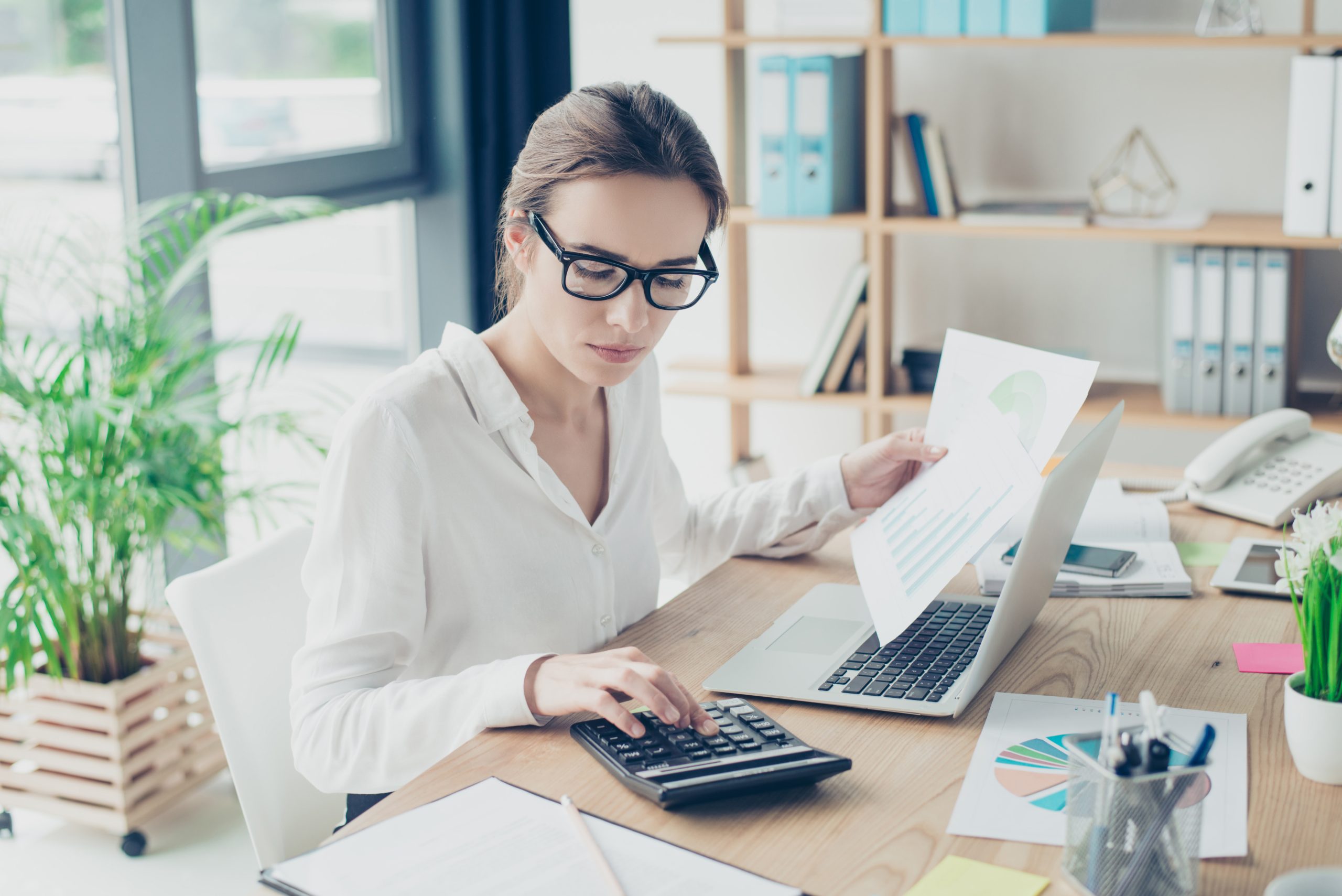 Why 340B programs need TPA support

The typical covered entity’s providers will write tens of thousands of 340B-eligible prescriptions every year. Every eligible prescription worth submitting for 340B savings requires matching pharmacy prescriptions with patient encounters. It’s an undertaking that’s simply too large for most hospitals to affordably manage in-house.

Another benefit of working with TPAs is that it allows for inventory management to occur virtually. Which means that it isn’t necessary to keep a separate physical inventory when your TPA is tracking it. Without a TPA relationship, covered entities have to keep 340B purchased meds separate from others — and know when the 340B inventory should be used for a patient. Of all the health systems with 340B programs supported by ProxsysRx, only one manages its entire program in-house without the support of a TPA.

That said, here are the critical factors you should consider when selecting a TPA to support your hospital’s 340B program:

One of the most common technology-related problems occurs during the early phase of relationships between 340B program-eligible entities and TPAs. Before a TPA can provide your health system with support, your data team must automate a data feed from your EHR to your TPA — one which documents 340B-eligible patient encounters.

The TPA (or TPAs) you select as your 340B program partner(s) should have a proactively-helpful onboarding process. They should work with you to understand your system’s 340B program, to help optimize consistently-accurate data transfer from your system to theirs — while minimizing data mismatches.

TPA system compatibility with your EHR

Data-feed setup is one of the critical steps in ensuring consistently-qualified 340B prescriptions. With most covered entities, the process of letting a TPA know which patient encounters are eligible for 340B savings starts with the health systems’ IT professionals. These individuals are generally well-qualified to establish system connectivity, but few — if any — have in-depth knowledge of their system’s various clinics, doctors and nurses. And unless they’ve been specifically 340B program-educated, they’re likely to have no idea at all about the clinical nuances of their system’s 340B program. Any minor miscommunications between a covered entity, its clinics & providers, and its TPA —at any stage of setup — can lead to significant 340B misqualification rates down the road.

The TPA(s) you select must be able to seamlessly connect with multiple technology partners and data sources to consistently obtain accurate 340B matching data. Moreover, their system must be flexible and configurable enough to optimize your hospital’s 340B program performance — while keeping you compliant.

A user-friendly 340B program interface

As we mentioned earlier, many 340B-eligible health systems use multiple TPAs. And the more TPAs you use, the more complicated it becomes for your in-house 340B administrators to interact with each one. Every TPA uses its own proprietary software system — and every system is, in some way, unique. When 340B administrators move from one TPA portal to another, it’s only natural that they’ll require at least a moment of reorientation to work efficiently.

That’s not even counting the system-interface learning process involved when your health systems initiates a TPA relationship. All of which is why you should carefully evaluate the user-friendliness of their systems when you’re evaluating whether or not you’ll want to use them to support your 340B program.

Seamless updates of your TPA and EHR software

EHR providers routinely implement software updates, unbeknownst to the health systems who use them; subtle “behind-the-scenes” updates that have no impact on the user interface or experience. However, those seemingly-minor changes can significantly impact the 340B prescription data your system provides to your TPAs.

In general, TPAs’ software isn’t set-up to monitor and report mismatches that result when that happens. Which is why the TPAs you select should have processes in place to routinely evaluate the rate of successful matches your 340B program is generating. Needless to say, a sudden drop in that rate should trigger red flags with your TPAs.

A system for preventing data mismatches

Again, your TPAs’ ability to accurately qualify your health system’s 340B claims is only as reliable as the information / data transmission provided by your EHR. By law, covered entities are ultimately responsible for the information provided to their TPAs.

One of the most common causes of 340B misqualifications — particularly with Medicare patients — is Date Of Birth inconsistency. Another common cause of misqualifications is Patient Name mismatches. For instance, a patient registered as Bob in the pharmacy system may be identified as Robert by the entity.

It follows, then, that the more complex your 340B program is (particularly if you have multiple EHRs, child sites, clinics, TPAs and contract pharmacies), the likelier it is that your health system’s automated process of data submission will be flawed. And again, minor flaws in your data reporting process can lead to missed EHR encounters — which means missed 340B savings opportunities, sometimes substantial savings opportunities.

All of which is why, when evaluating TPA partners for your health system’s 340B program, you should ask them about their process for helping you prevent data mismatches — both during the onboarding process, and as an ongoing component of their support service.

In the same way that each TPA software system has its own interface, the reporting structures within TPA portals vary significantly from one to another. The 340B program administrators ProxsysRx supports often spend an inordinate amount of time simply trying to access the information that they need from their TPAs, leaving far too little time to process and act on that information.

During your health system’s process of evaluating prospective TPA partners, ask them to walk you through their reporting structure. Ask them what reports are available in their system. Can you review and download their reporting? Do they store reports for audit purposes? What controls do they have in place to ensure that the data they receive is accurate? All other system elements being equal, you’ll want to use TPAs offering easily-accessible reporting interfaces — with strong answers for all the questions just asked.

You should also consider how well a TPA will report the 340B-matching opportunities your health system misses. We know that missed 340B savings happen because TPAs are set up to ensure that 340B matches are unquestionably matches. That’s critically important for maintaining 340B program compliance. However, a system setup that restrictive often leaves 340B dollars unclaimed.

All of which is why ProxsysRx serves as a second layer of 340B program support for the covered entities we serve. Our 340B PRO software system uses advanced analytics to identify missed savings opportunities, and integrates all the data sources connected to a covered entity’s 340B program — offering program administrators a user-friendly dashboard, which delivers easily-understood actionable information they can use to optimize savings and revenue.

Mismatch rates vary from entity to entity, but we can say this with confidence: If you’re a covered entity with a 340B program already in place, it’s probably a lot higher than you think.

One of the health systems served by ProxsysRx employs three experienced, full-time administrators monitoring their system’s 340B claims. And yet, during the first six weeks ProxsysRx supported their efforts with our program-management software and in-house team, we provided matching justification for $187,000 worth of 340B savings that initially failed their TPAs’ automated processes.

These are savings that the health system would have never realized without our support. And again, that’s just during the first six weeks. The savings potential we later identified for the hospital, over the entire prior year to our initiating support of their program, proved to be much higher.

In general, we’ve found that the TPAs with the highest 340B qualification rates work closely with the health systems they serve in developing strategies for optimizing their programs.

In general, you should avoid TPAs that charge fees for every pharmacy prescription fill they assess. Even with a per-prescription fee as low as 24¢, your health system could be paying enormous 340B program process fees. That’s particularly problematic when your network includes high volume contract pharmacies with low 340B match rates. To learn more about how to determine if your contract pharmacies are profitably serving your health system’s 340B program, click here to read our blog post on the topic.

That said, if your 340B program’s volume is lower — with a high match rate — then a Fee Per Prescription Fill model will be less costly for your health system.

Transaction fees per matched prescription fills of $4 to $5 per matched dispense are not uncommon. Which is where ProxsysRx’s policy of Optimizing (vs. Maximizing) 340B prescription matching comes into play. In general, we implement programs aggressively going-after every 340B-eligible prescription worth going after. To learn more about that critical component of our approach to supporting health systems’ 340B programs, click here to read our blog post on the topic.

Finally, some TPAs charge 340B covered entities fees on a Winners-Only basis, removing from consideration the prescription fills that do not result in net positive 340B savings — which is consistent with ProxsysRx’s program optimization model. Without this protection, your health system can quickly get upside down with many of your contract pharmacy relationships.

Again, it goes without saying that you should ask for detailed fee information from prospective TPAs — then carefully weigh the costs and benefits — before initiating any relationships.

So, which TPAs are best in optimizing 340B savings and revenue?

ProxsysRx works with dozens of TPAs on any given day, in supporting our clients’ 340B drug programs. However, we’re reluctant to name specific TPAs we consider superior to others — for the simple reason that no TPA is an optimal match for every 340B-eligible hospital. We know of any number of TPAs that some of our clients swear by — and that other clients swear at.

That said, if you’d like to discuss TPAs with some of the clients we serve, feel free to reach-out to us — and we’ll be happy to arrange introductions.

There are so many ways to optimize your 340B drug program’s savings and benefits, while minimizing the likelihood of noncompliance — using the optimal combination of TPAs, 340B software and experienced, expert support.